In 2016, the children of Jacques and Majorie Dardenne, longtime residents and members of the St. Augustine Art Association, gifted STAAA a body of work by Jacque’s mother, French artist Marguerite Castaing. Through a grant from the Community Foundation of Northeast Florida, the Art Association is mounting this exhibition of over 80 works by the French Impressionist in a gallery-wide installation in November and December, 2020. Years in the making, this will be the first public exhibition of Marguerite Castaing’s work in over a decade.

November 4 – December 31, 2020 | La Vie En Bleu Hours: Tue-Sun, 1:00 to 4:00pm | Donations received during this exhibit benefit the programs & exhibits, including upkeep of the Permanent Collection, of the St. Augustine Art Association, a 501(c)(3) nonprofit, A Classic Theatre, and the St. Augustine Music Festival.

Artist and art historian David Ouellette will begin with a discussion on women in the world of art as not only artists, but as subject and members of culture and society. He will then focus on elements of Marguerite Castaing’s life and her significance as a female painter during the 20th Century, whose work reflected a feeling of openness which permeated her subjects, including the figure.

Friends, lovers, adversaries, collaborators? The details and realities of the relationship between Mary Cassatt and Edgar Degas eludes us. He the difficult Frenchman, she the strong-willed American, both had an artistic kinship that developed into a 40-year friendship, though there has been much speculation that there was more to their special rapport. Though no real evidence of a physical relationship has been found, there is evidence of the influence each had on the other’s work in their paintings and sculptures.

This play, written by Christopher Ward and presented by A Classic Theatre, stars Heather Eggleston as Mary Cassatt and Kelly McTaggart as Edgar Degas. It is produced by Cindy Alexander and directed by Jean Rahner. The play will run over two consecutive weekends, November 13-15 and 20-22 at the St. Augustine Art Association.

The first impressionists were 19th century (1870’s – 1880’s) painters who strayed from creating art with fine, finish and detail, which most artists of their day admired and worked to achieve. The development of Impressionism in the visual arts was soon followed by analogous styles in other media that became known as impressionist music and impressionist literature. Impressionism in music is harder to articulate. Claude Debussy translated visual ambiguity to music by unrooting time. There are no hard edges. The music is dreamy and it’s often hard to find the beat. In Western classical music (mainly during the late 19th and early 20th centuries) impressionist music focuses on mood and atmosphere, conveying the moods and emotions aroused by the subject rather than a detailed tone picture. The most prominent feature in musical impressionism is the use of “color,” or in musical terms, timbre, which can be achieved through orchestration, harmonic usage, texture, etc. Other elements of music impressionism also involve new chord combinations, ambiguous tonality, extended harmonies, use of modes and exotic scales, parallel motion and extra musicality. And finally, Impressionist composers paid attention to how music vibrated in the body. The lowest notes on the piano are played in conjunction with the highest notes. Feeling the music was almost as important as hearing it.

Join the St. Augustine Art Association and the St. Augustine Music Festival for an afternoon of Impressionism in Art & Music with performances of Claude Debussy’s Sonata for Violin in G Minor and Maurice Ravel’s String Quartet in F Major. Sunday, December 6, at 1:00pm.

Get Your Tickets Today! 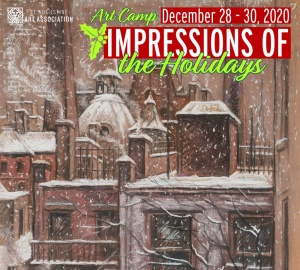 Marguerite Castaing was born on September 28, 1900, in Pau at the foot of the Pyrenees mountains in southwestern France. She was the youngest daughter of Joseph Castaing, a painter and pastelist, and Rose Picamilh. 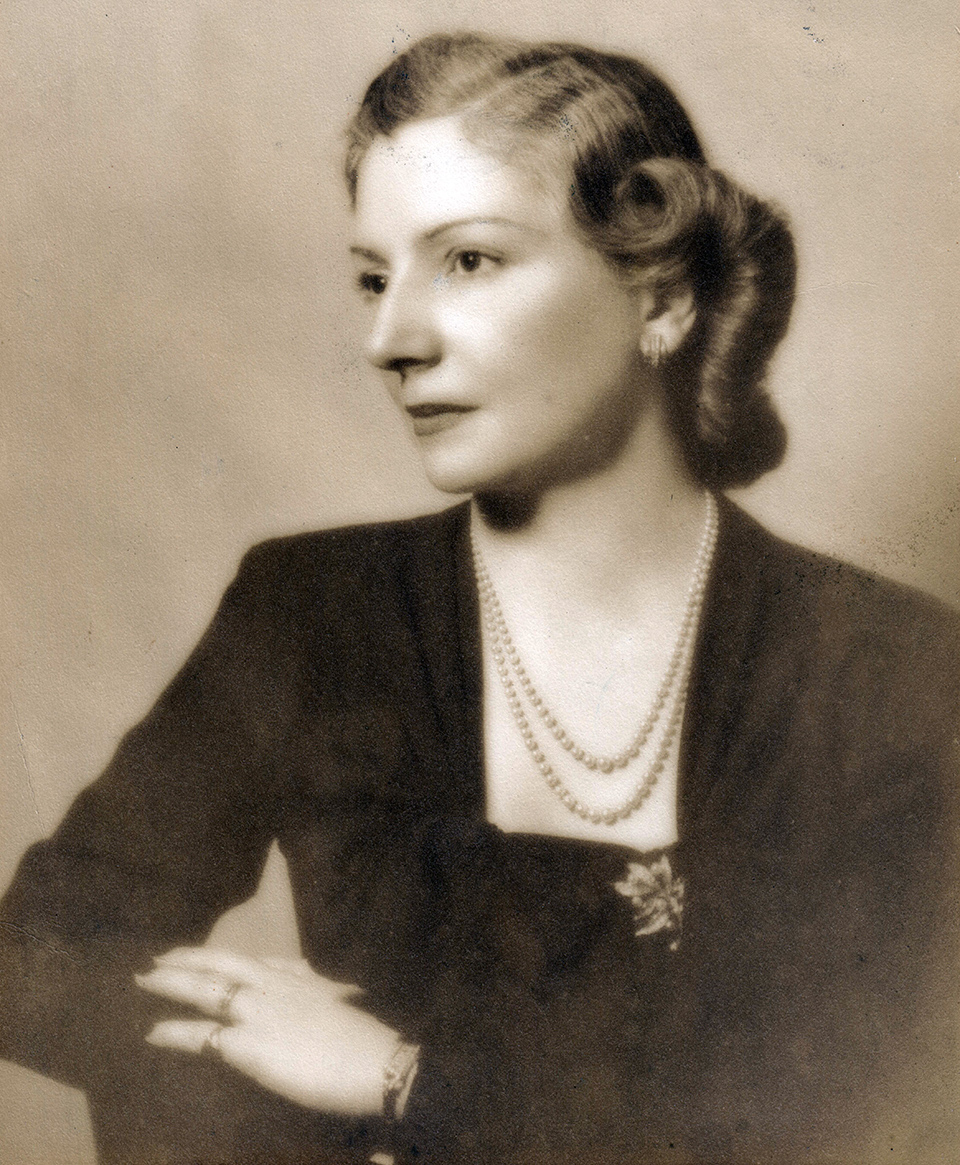 Her career in art began when she was six years old. She initially studied with her father, Joseph Castaing, who taught her to use various mediums — pencil, oils, and the not-so-common pastels. At 16 Marguerite was accepted to the French Salon where she exhibited landscapes done in pen and ink, oils and pastels. Soon after her father’s death in 1918, Marguerite moved to Paris where she studied under renowned artists Paul Laurens and Pierre Bonnard. While in Paris, she took an interest in sculpture, portraits and nudes — deviating from her usual painted landscapes. Over the next fifteen years, Marguerite Castaing exhibited every year in the Paris Salons and in other regions of France. 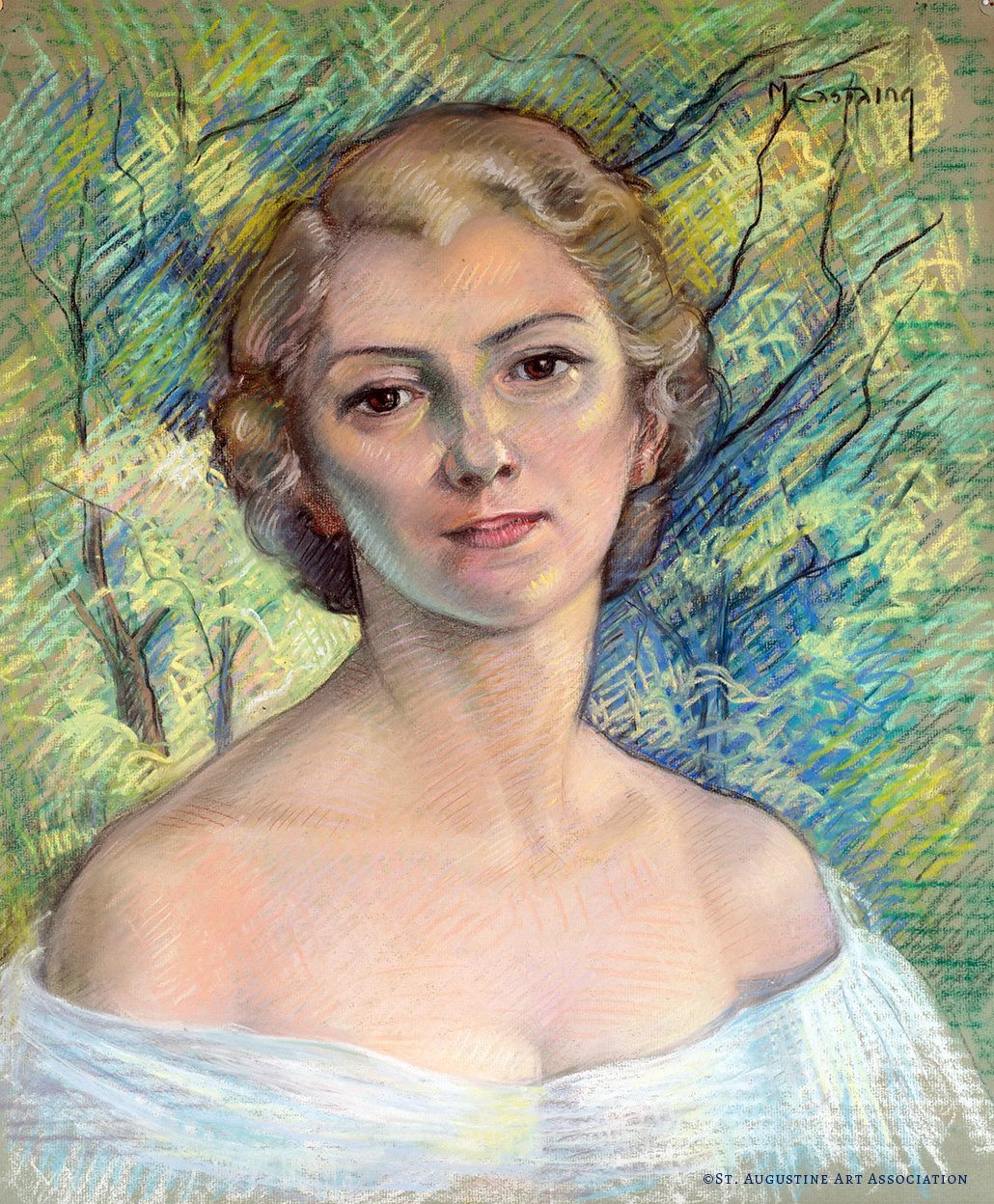 In 1942, she along with her husband Lewis Riley and her son Jacques Dardenne, made the decision to leave Nazi-occupied France and move to America. The family settled in Connecticut close to family and to New York City so Marguerite could show her work. Her first exhibition in the States was February 9-29, 1944, in the David Koetser Gallery in New York City. One of her notable exhibits was at the Berkshire Museum in June 1947, where she exhibited 82 paintings, drawings, pastels and sculptures, displaying her diverse skill with subject matter and mediums. 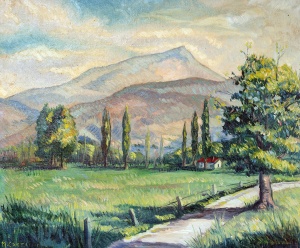 In 1958, at her niece’s wedding, Marguerite met Colonel John W. H. M. Huffer, the groom’s father. The pair hit it off and were married two years later. They spent their time between Ridgefield, Connecticut and Sarasota, Florida. Marguerite would continue to paint and exhibit until the late 1970s when her health began to decline. She passed away in 1984 at 84 years of age. 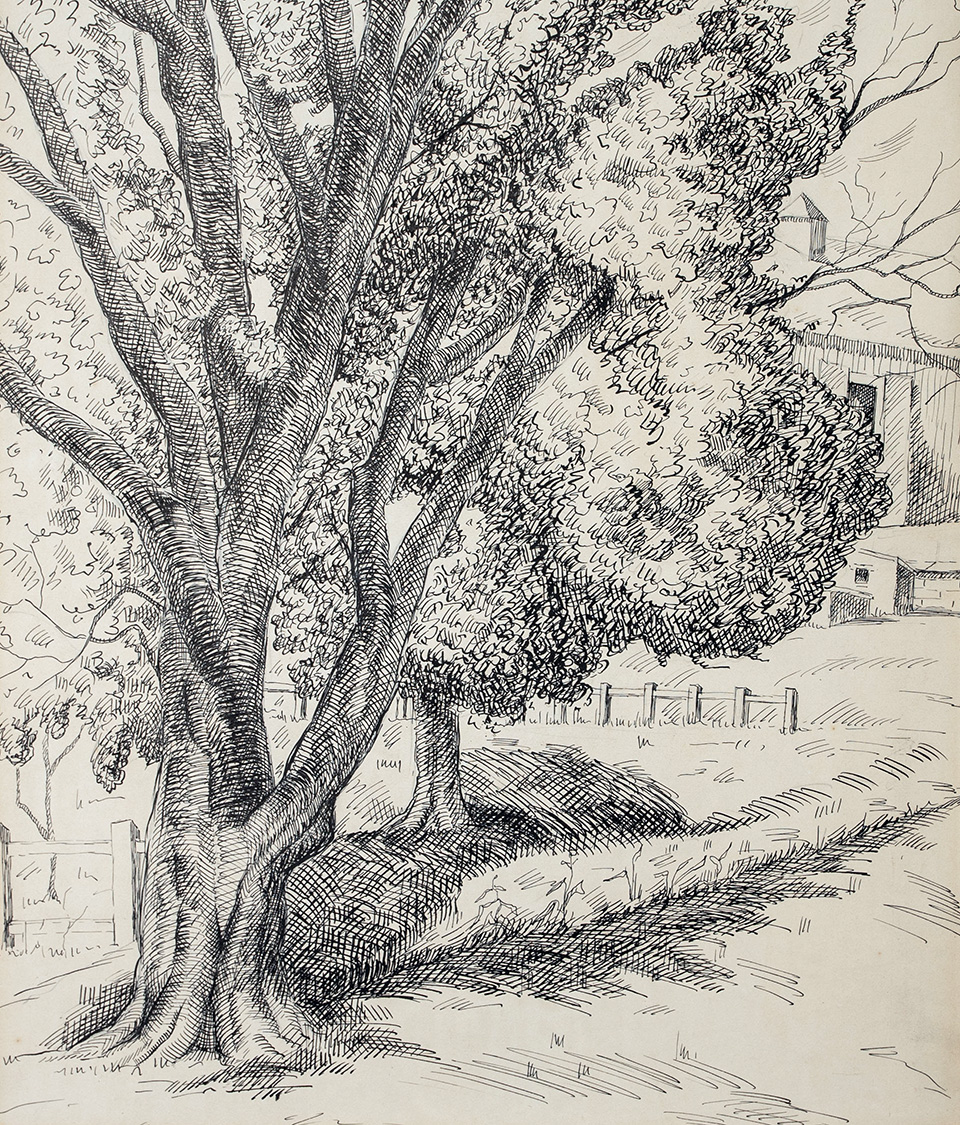 Marguerite Castaing’s work isn’t marked by invention or loudness, but rather a desire to get it right. She put intention and consistency into her work knowing that every stroke and color applied would bring a piece one step closer to the end. Artistically Marguerite identified with the generation she studied under: the Impressionists–and her favorite color was blue.

“I see blue all over–the Impressionists showed me the color…I always paint by true life…I am very temperamental and I need to wait until I am in the mood. Then I can paint very rapidly…I do pastel like you do an oil. I never touch it with my thumb.”

It is not known how many drawings, paintings, pastels and sculptures Marguerite Castaing produced in her lifetime. What is known though, is that her work elicits a passion and precision that garnered the attention of gallery owners, collectors and critics of her time.

PLAY: “THE INDEPENDENTS”
PRESENTED BY A CLASSIC THEATRE: 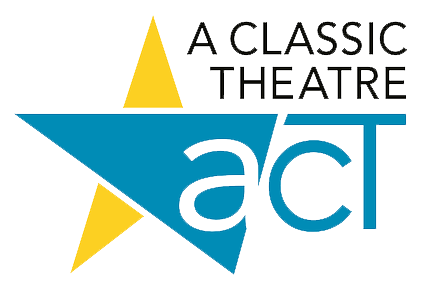